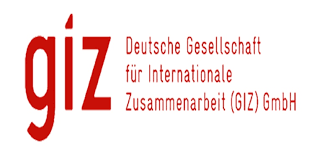 Deutsche Gesellschaft für Internationale Zusammenarbeit (GIZ) GmbH is a federal enterprise and part of the German Development Cooperation. GIZ-RELAPU is a bilateral project of the Republic of Uganda and the Federal Republic of Germany funded by the German Ministry of Economic Cooperation and Development (BMZ). RELAPU aims “to improve access to land as a key precondition for poverty and hunger reduction in rural areas for certain population groups, especially for women and marginalized groups, in Central, Eastern and Northern Uganda”.

GIZ-RELAPU received co-funding by the European Union for the implementation of a project component on Improvement of Land Governance in Uganda on private Mailo in the districts of Gomba, Mubende, Kassanda and Mityana in Central Uganda.

GIZ-RELAPU also received co-funding by the European Union for the implementation of a project component on Responsible Governance of Investments on Land (RGIL). The project is currently being implemented in Uganda, Ethiopia and Laos with an objective to foster investments in land are productive, contribute to sustainable land management, and respect the rights and needs of local populations vulnerable groups and women. In Uganda, the project is working in 8 districts in Central, Eastern and Northern region.

The Administration Officer will be in charge of:

All interested and qualified persons are encouraged to apply to the Head of Human Resources by email to vacancy@futureoptions.org. Applications and CVs should be in one document and a maximum of 5 pages only and sent electronically, quoting the reference. Please include name and contact of three references in the CVs, one official reference from your current workplace is a MUST. Please quote the position and reference number in the subject line. Applications should be received by 5.00 pm on 26th December 2022. Please note: This is a national position. Only the shortlisted candidates will be contacted.

Disclaimer: GIZ DOES NOT charge any kind of FEE(s) at whichever stage of the recruitment process.

This recruitment is ONLY through Future Options Consulting Ltd.

Apply for this job now