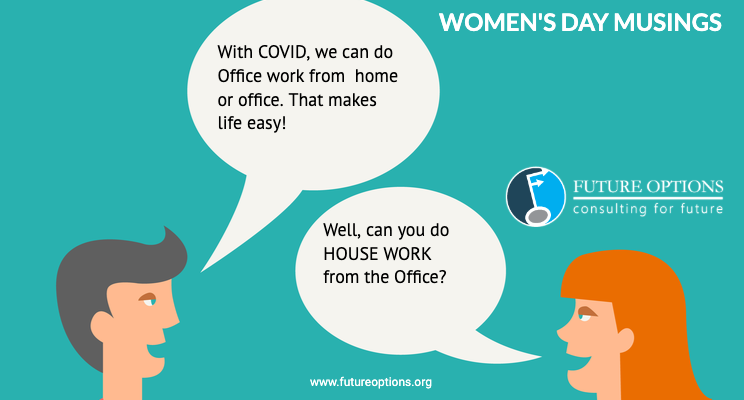 Let us celebrate women and their achievements this Women’s Day.

But let us not forget the challenges. Women in this world, numbering about the same as men, control fewer political and economic resources, including land, employment, and positions of power. Women face hurdles in economic empowerment, education and societal voice. And they face violence.

Out of 195 countries, only 22 have women as Heads of State. One hundred nineteen never had a woman leader. At the current rate, gender equality in the highest positions of power will not be reached for another 130 years.

Women in senior management roles globally are 29%. The percentage of women holding CEO positions is much lower. Indra Nooyi, the former CEO of Pepsi, explained a reason for this: “….the biological clock and the career clock (of women) are in total conflict with each other.’ The words of this global CEO resonate with millions.

At the same time, women do most of the unpaid work, including childcare, cooking, cleaning, and farming, around the world. Housework is a residual part of women’s work. That takes away a major chunk of their lives.

Your email address will not be published *

Do You Hire For Skills Or Attitude?
March 31, 2021
Celebrating Women’s Day
March 5, 2021
The Business Case For Employee Engagement Surveys
March 2, 2021
The Intrinsic Power Of Headhunting To Find The Right Person For The Top Job
February 19, 2021
Use This Sure Shot Way To Improve Recruitment Process In A Socially Distanced World
February 15, 2021